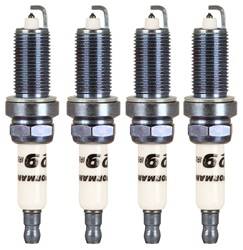 Autotronic Controls Corp. (ACC) was founded in 1970 as a research and development company by two engineers from White Sands (New Mexico) Missile Range. The men and their other partners were working on a lean burn fuel system called the Electrasonic Fuel Induction system to help fuel economy of new and older automobiles. As the new fuel system was being perfected, the air/fuel mixture was becoming so lean that it was difficult for conventional breaker points and early electronic ignitions to ignite it. The men of ACC then started investigating a new ignition system by using modern technology called capacitive discharge (CD). The CD design opened another door for the ignition, the capability to spark multiple times. ACC has produced the best performing and most popular performance ignitions for over 20 years. The high energy spark of the CD design combined with multiple sparks resulted in a potent ignition. Not only did the multiple spark discharge (MSD) ignite the lean fuel mixture, it made overall improvements in the engine's performance! Improved starting, smooth idle, less emissions and more power are benefits every car and truck can take advantage of, especially race cars. Professional racers learned of the new MSD quickly and soon word spread throughout the racing world. Since then, MSD Ignition Controls have gone on to be the ignition of choice of the top professional drivers in NHRA, IHRA, NASCAR, World of Outlaws, DIRT, SCORE, IDBA and many more. Together, our team designs, develops, tests and manufactures the entire line of MSD products including Ignition Controls, Coils, Timing Accessories and Spark Plug Wires and Accessories. MSD, housed in three buildings includes four engine dynos, two chassis dynos, complete CNC and machining centers, modern shipping and packaging areas plus assembly and burn-in departments.

Connect With Us
Hours of Operation